This club has been established with an objective to prevent the use and sale of illegal substances inside the college campus. The club associates with Vimukthi Mission – an anti-narcotic campaign launched by government of Kerala with the above objective. The club conducts many programs inside and outside campus to create awareness among the youth against narcotics. The club educates the students about the ill effect of drugs, alcohol and other narcotic substances.
Activities
Seminars
Street dramas
Observing anti narcotic day

Our college has an anti-ragging cell which comprises of Principal, Vice Principal, Heads of Department and two student representatives. The cell aims to prevent ragging among students. The cell aims to create awareness among students about ragging and its consequences. We have conducted several orientation programs for students with an aim of highlighting importance of preventing ragging inside campus. The cell always keeps a continuous watch over ragging to prevent its occurrence. They also ensure punishment to those who are found guilty to maintain a ragging free campus.

The objective of the Grievance Cell is to develop a responsive and accountable attitude among all the stakeholders in order to maintain a harmonious educational atmosphere in the institution.
A Grievance Cell is constituted for the redressal of the problems reported by the Students of the College with the following objectives:
Upholding the dignity of the College by ensuring strife free atmosphere in the College through promoting cordial Student-Student relationship and Student-teacher relationship etc.
Encouraging the Students to express their grievances / problems freely and frankly, without any fear of being victimized.
Suggestion / complaint Box is installed in front of the Administrative Block in which the Students, who want to remain anonymous, put in writing their grievances and their suggestions for improving the Academics / Administration in the College.

This cell aims at sensitizing the students and staff to work diligently to prevent sexual harassment in the college. Complaints of sexual harassment shall be lodged with the Committee and appropriate disciplinary action is initiated by the members in accordance to the rules and regulations of the college.
Functions:

Women’s Cell is constituted to maintain a harmonious atmosphere at the college to enable women to pursue their studies with dignity and reassurance. The Cell has been working to raise awareness on gender equality issues, maintaining and strengthening the status of women. Its goal is the overall development in all spheres of their life. The women cell conducted various programmes day observations, awareness class, among the students. 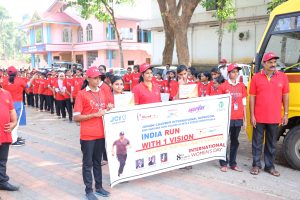 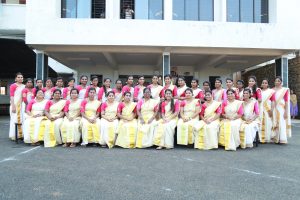 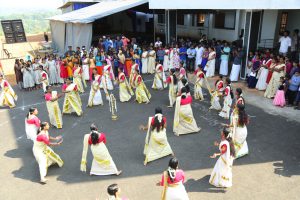